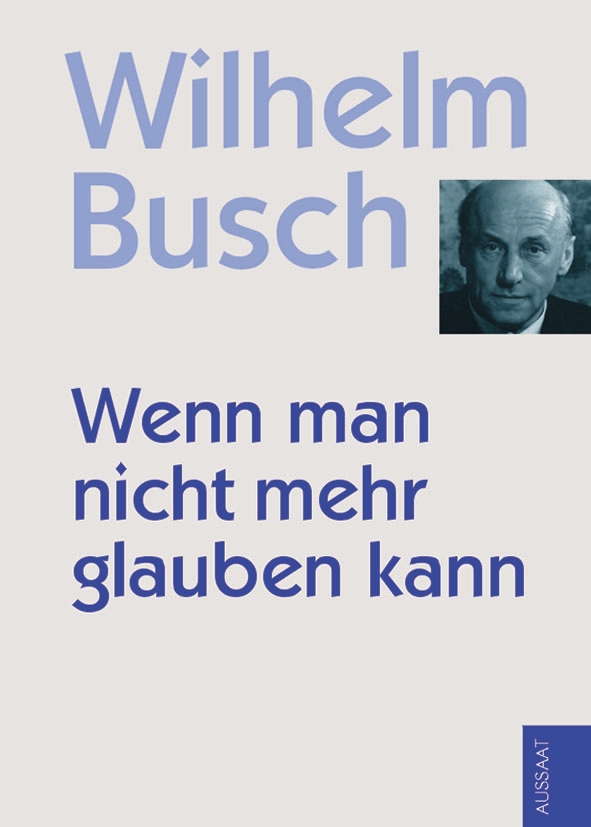 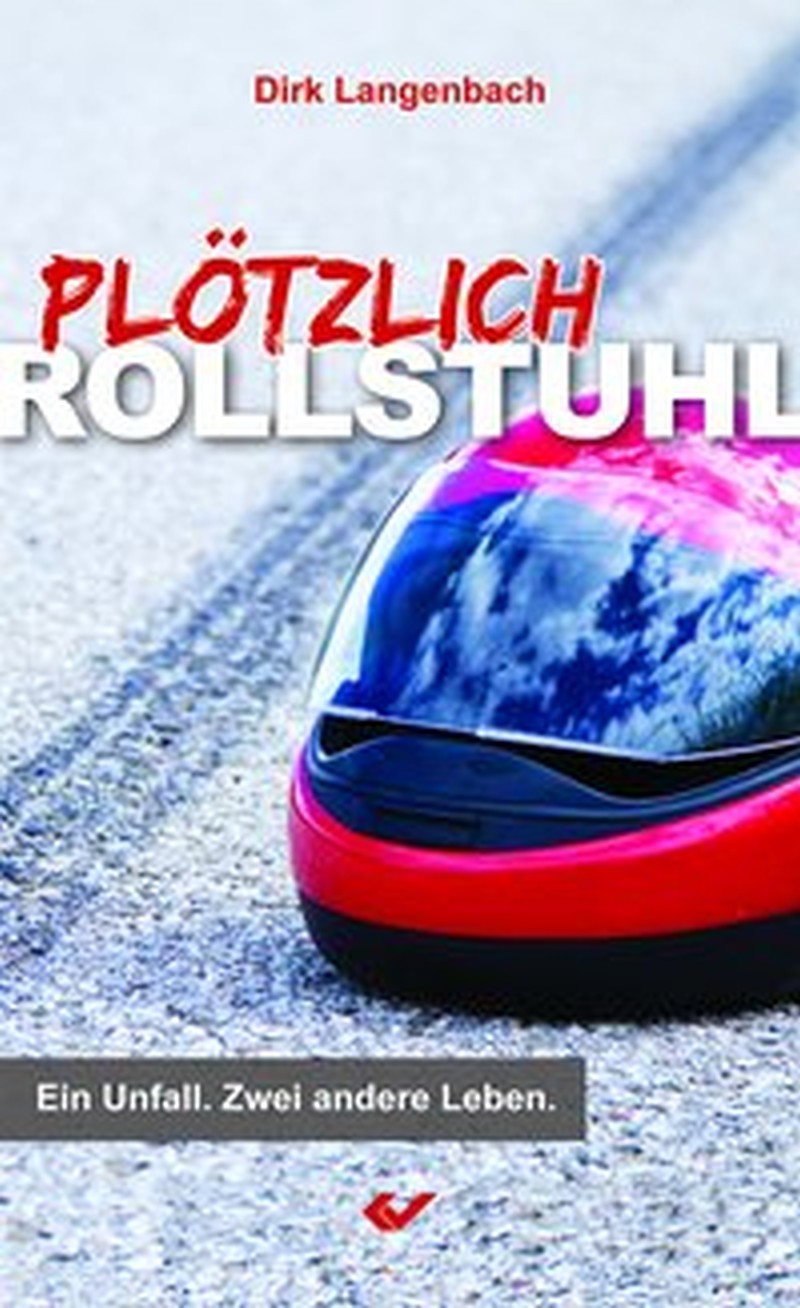 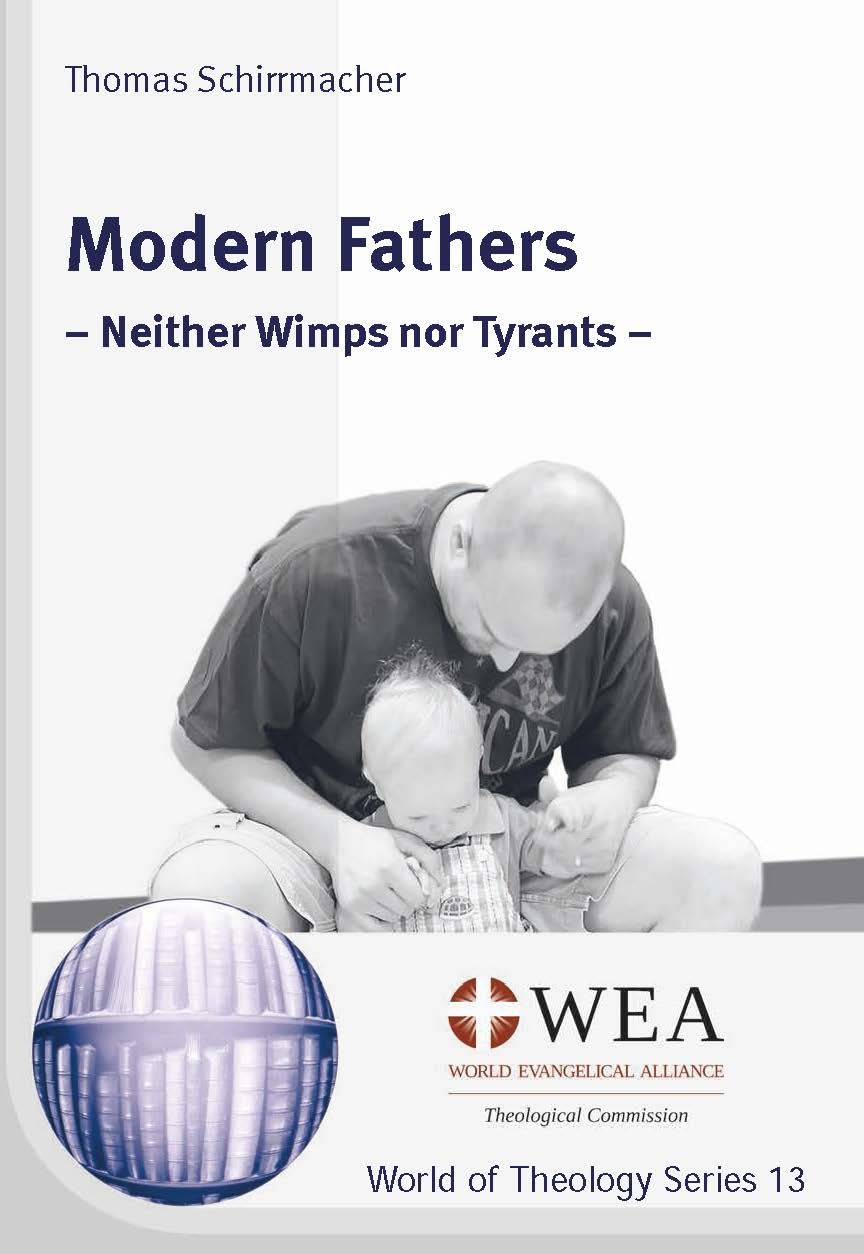 Modern Fathers
Autor(en): Thomas Schirrmacher
There have always been good fathers and bad fathers. But never before in history has the role of fathers been as undefined as it is today. Hardly anyone who becomes a father is entering the race with a religious, cultural or educational assignment. This involves many drawbacks. But instead of just deploring this fact, I want committed fathers to recognize and exploit the new opportunities involved in this. Especially the freedom from old role models opens up completely new possibilities for fathers to take on an hugely positive task for the development of their children and to cultivate a stable relationship with the mother, which lives from the difference of the sexes. 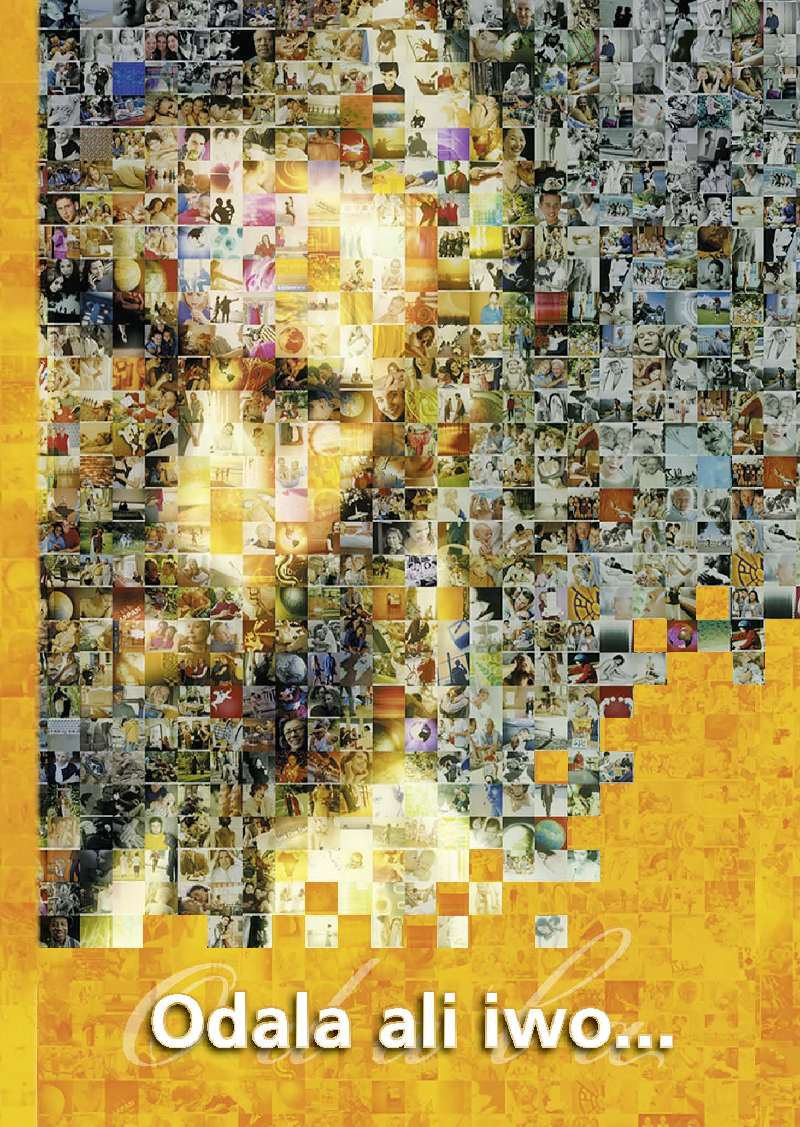 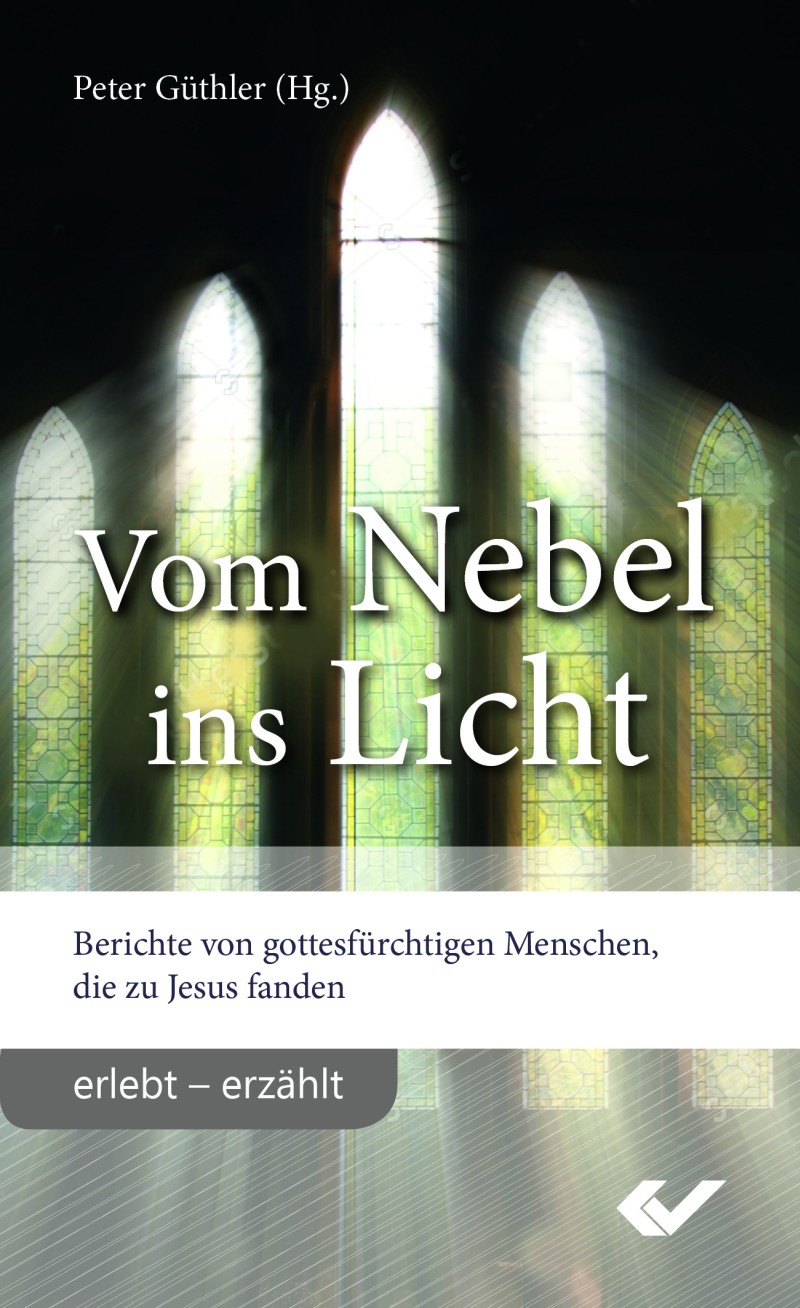 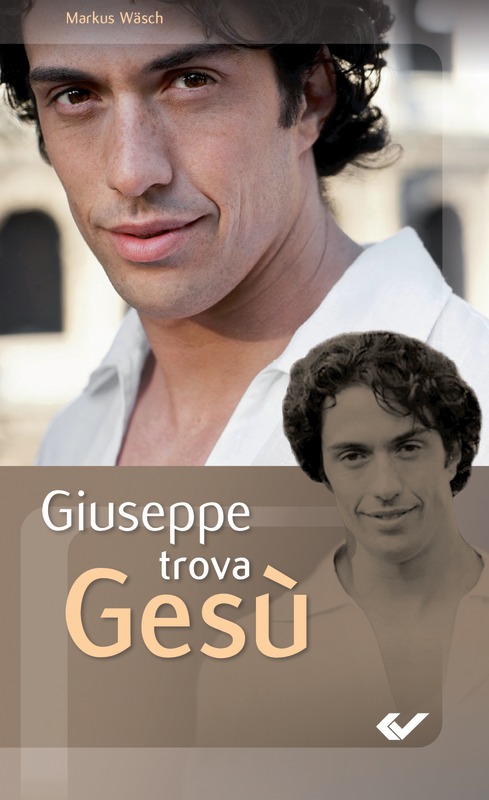 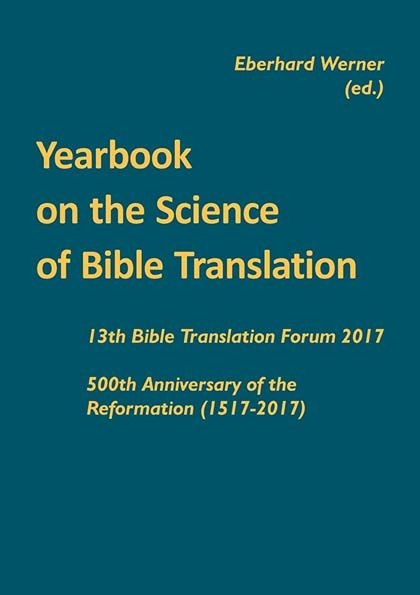 Yearbook on the Science of Bible Translation
Autor(en): Eberhard Werner (Hrsg.)
On 17-18th May 2017, the Bible Translation Forum was held at the Karimu Centre in Holzhausen to celebrate the 500th anniversary of the Reformation started by Dr. Martin Luther in Wittenberg. It is a privilege to introduce topics that are of special interest to the Science of Bible translation: starting with theological questions, Isaiah 53 comes into focus. Important exegetical questions of presupposed knowledge and unexpected information are discussed (Lenart de Regt). A presentation given a few years back is now available, namely Semitic Expressions in the New Testament (Gerhard Tauberschmidt). The Use of the Imperfect in the narrative texts of the New Testament and its consideration in translation forms another area of interest to the Bible translators (Andreas Eichberger). After a presentation of the theological reasoning of existing translation proposals an alternative communicative reading is presented (Ulrich Wendel). The syntactic rules of Plain language is one of the less considered areas in Bible translation, although the need is enormous, regarding the predicted potential readers (Ilga Bliek and Olaf Schmidt-Wischhoefer). The Revision of the Luther Bible 2017 stimulated different discussions. Luther's interpreting and the Luther Bible 2017 is discussed here (Stefan Felber). Missiological questions are presented. The article Uzziah - Inventor of the catapult focuses on the books of 2Chronicles and 2Kings, offering insights on the use and development of catapults (Paul Lawrence). The Czech Bible 21 became especially interesting as the Reformation developed there and this new translation was well received, Between lying and blaspheming: The Czech Bible21 as an attempt at communicative equivalence (Alexandr Flek). The longstanding history of Turkish Bible translations reveals the presence of Christianity during the Ottoman Empire as well as the adventurous paths that Bible translation took in some contexts (Eberhard Werner). The understanding and categorisation of the different varieties of Bible translations, namely Prime-, New-Bible translations and Revisions, help to frame the different approaches taken in Bible translation (Eberhard Werner). 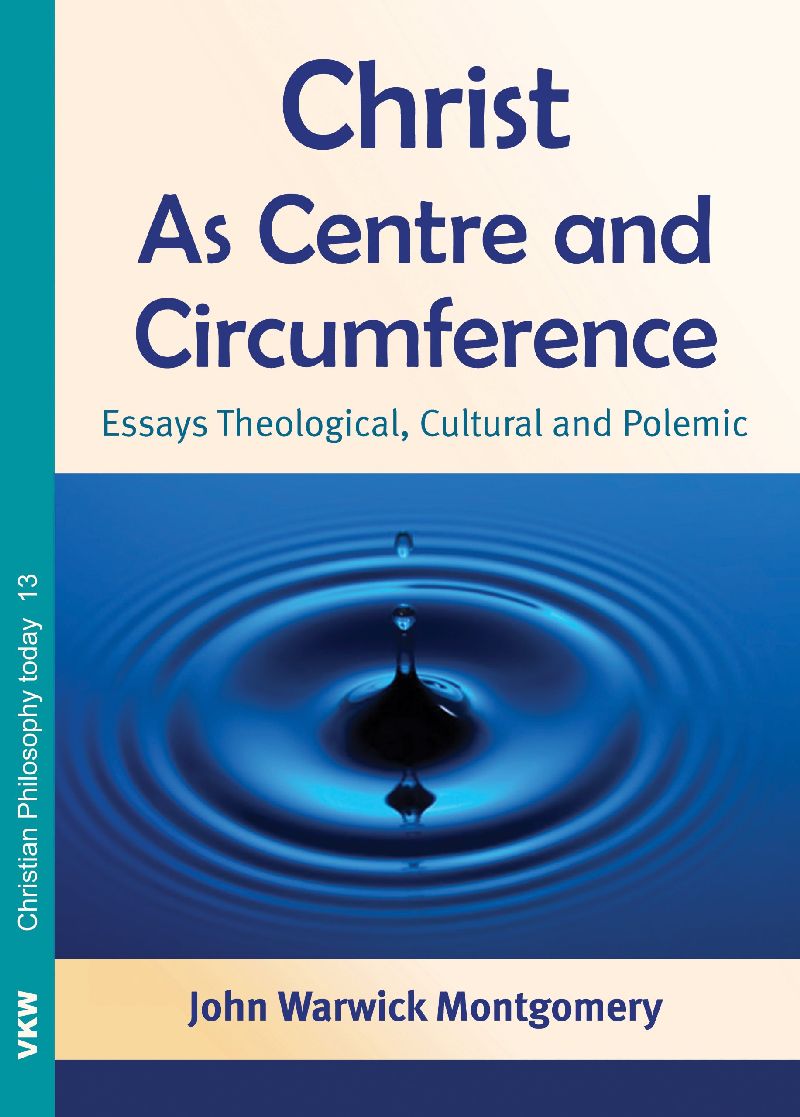 Christ As Centre and Circumference
Autor(en): John Warwick Montgomery
Dr. Montgomery’s latest book is one that every serious reader interested in clear Christian thinking should have on a table near her most comfortable reading chair. It is filled with a wide variety of bite-sized essays that are absolutely delightful —knowledgeable, fun, witty, and unexpected. If you have never read the work of J. W. Montgomery before, you are in for a treat. This is a book that brings together his best writing from the past with his latest essays. It’s a Christian feast of ideas that celebrates our Lord and His unfailing Word. Craig J. Hazen, Ph.D., Director, MA Program in Christian Apologetics, Biola University What makes J. W. Montgomery tick? What has driven him over a massively productive career to such wide-ranging interests as computers and Chemnitz, legal theory and apologetics, human rights and Christology, Dawkins and Duchamp? The answer is clear: the gospel of Jesus Christ and its defense, articulation, and application to the real world in which the Word became flesh, died, and rose again as the Savior. Many of our best confessional-era theologians, both Lutheran and Reformed, were “Renaissance men,” but that’s rarely the case today. Dr. Montgomery is a glaring exception and this book is a wonderful display of that full scope of his remarkable insights. While being an ardent defender of the Lutheran confession, he is far from parochial. Even in places where one might disagree, the clarity, logic, and relentless rigor of his arguments will kindle fires in hearths that we didn’t even know we had and make us better advocates for the gospel. Dr. Michael Horton, J. Gresham Machen Professor of Systematic Theology and Apologtics, Westminster Seminary California John Warwick Montgomery (Ph.D., Chicago, D.Théol., Strasbourg, LL.D., Cardiff, Dr. [h.c.], Institute for Religion and Law, Moscow) is Emeritus Professor of Law and Humanities, University of Bedfordshire, England, Distinguished Research Professor of Apologetics and Christian Thought, Patrick Henry College, Virginia, U.S.A., and Director, International Academy of Apologetics, Evangelism & Human Rights, Strasbourg, France. His legal speciality is the international and comparative law of human rights and he regularly pleads religious freedom cases before the European Court of Human Rights. He is a U.S. and U.K. citizen, the author of some fifty books in five languages, and is included in Who‘s Who in America, Who‘s Who in France, the European Biographical Directory, Who‘s Who in the World, and Contemporary Authors. Montgomery is considered by many to be the foremost living apologist for biblical Christianity. A renaissance scholar with a flair for controversy, he lives in France, England and the United States. He is an ordained Lutheran clergyman, an English barrister, an avocat à la cour, barreau de Paris, and is admitted to practice as a lawyer before the Supreme Court of the United States. He obtained acquittals for the “Athens 3” missionaries on charges of proselytism at the Greek Court of Appeals in 1986 and won the leading religious liberty cases of Larissis v. Greece and Bessarabian Orthodox Church v. Moldova before the European Court of Human Rights. 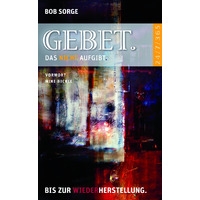 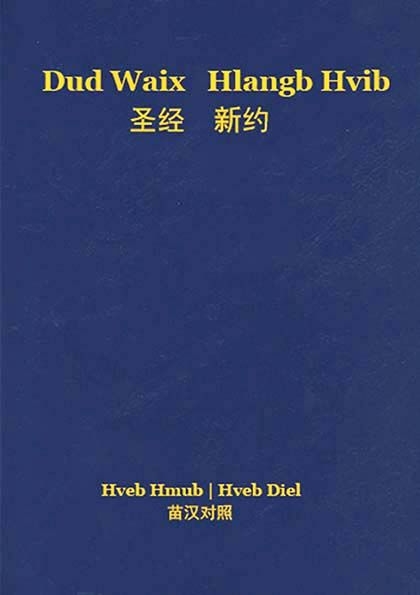 New Testament (Guizhou Black Miao-Hmu/Chinese)
Autor(en): Forschungs-Stiftung Sprache und Religion (Hrsg.)
This second edition of the Hmu New Testament is substantially revised from the first edition published in 2009. The language was reworked at all levels: key terms were replaced by more intelligible ones; complex sentences were simplified in order to make the text more accessible to the average Hmu speaker. A dramatized audio book version of this New Testament has been recorded and can be downloaded. The Hmu, or Black Miao, dwell in Southeast Guizhou and count more than 1.4 million people. Missionaries of the China Inland Mission translated the New Testament in Hmu in 1934 by using and expanding the Chinese National Phonetic Script ??????of 1913, also called Bopomofo. A new translation was necessary in the 21st century as the language changed significantly in the past eighty years. The New Testament of 2009, and its revision of 2018, both use the Romanized script which the Chinese Government devised in 1956. 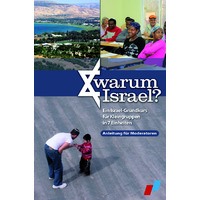 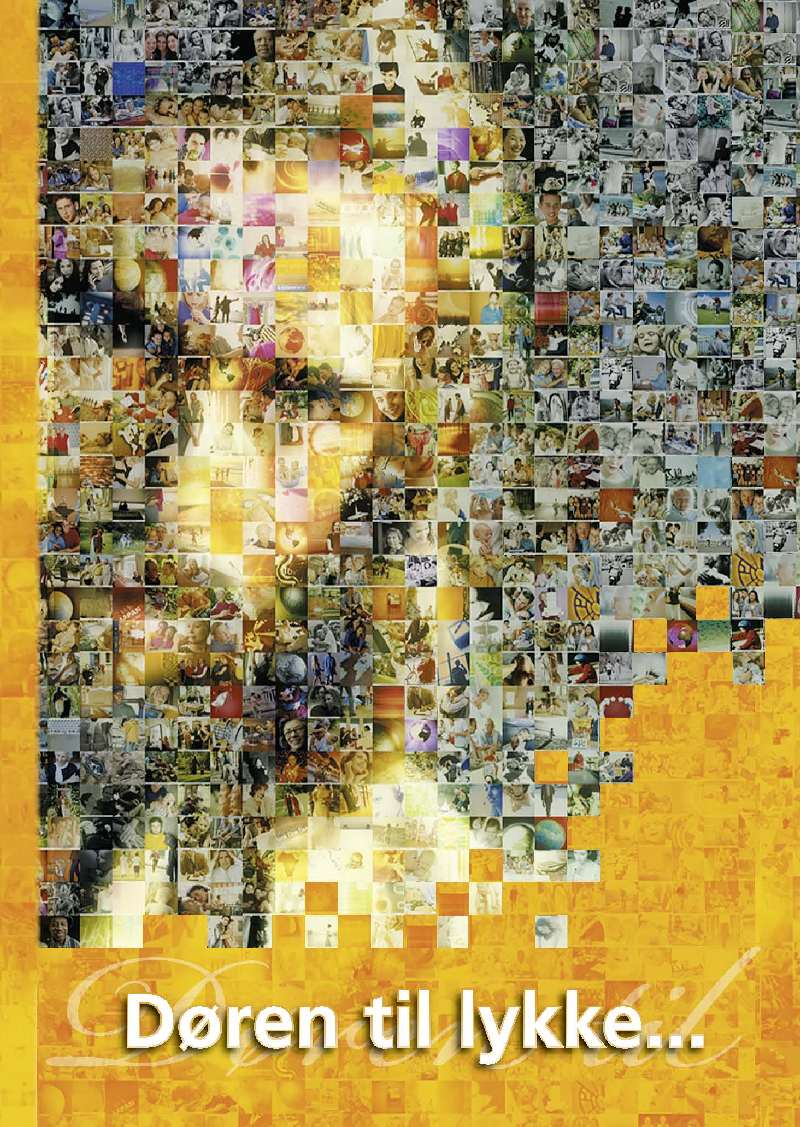 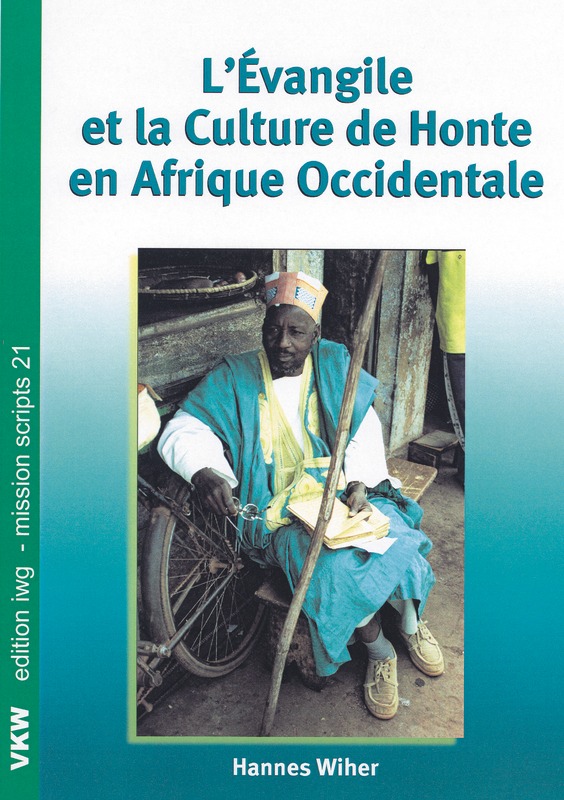 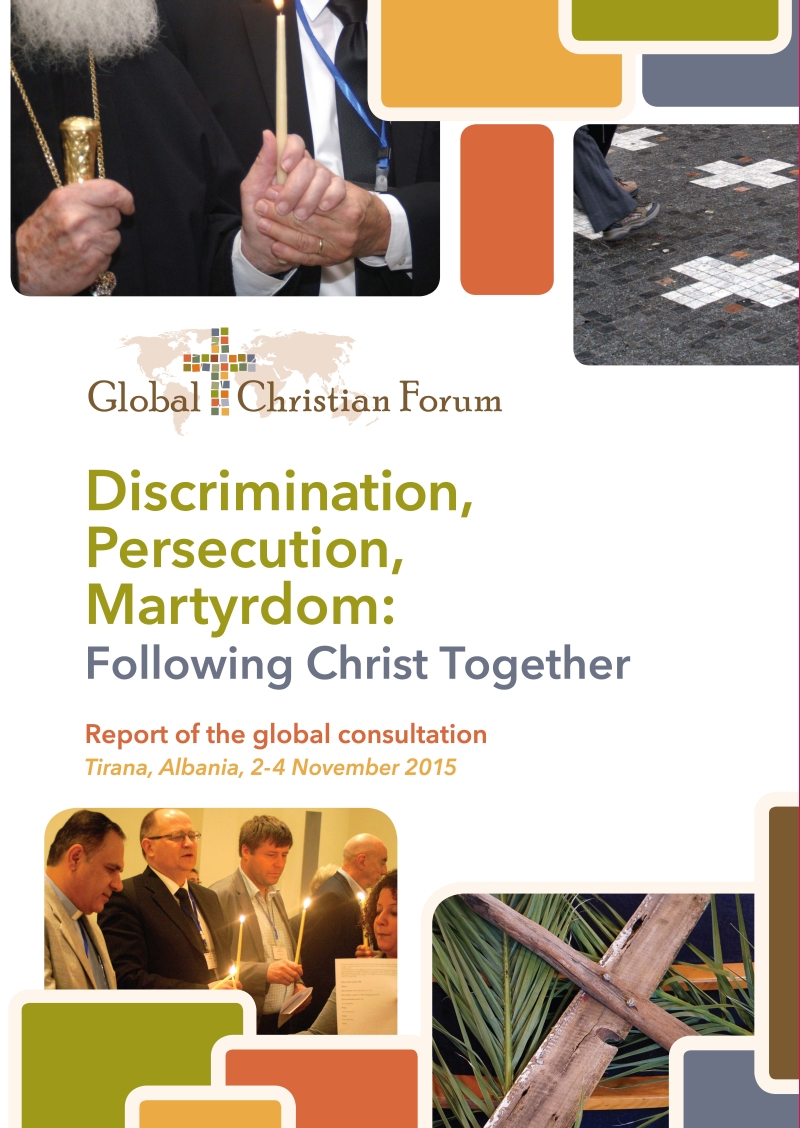 Discrimination, Persecution, Martyrdom: Following Christ Together
The Discrimination, Persecution, Martyrdom: Following Christ Together global consultation was convened and organised by the Global Christian Forum, together with the Catholic Church (Pontifical Council for Promoting Christian Unity), the Pentecostal World Fellowship, the World Council of Churches and the World Evangelical Alliance. It was first ever global ecumenical event on the topic and took place in Tirana, Albania, 2015 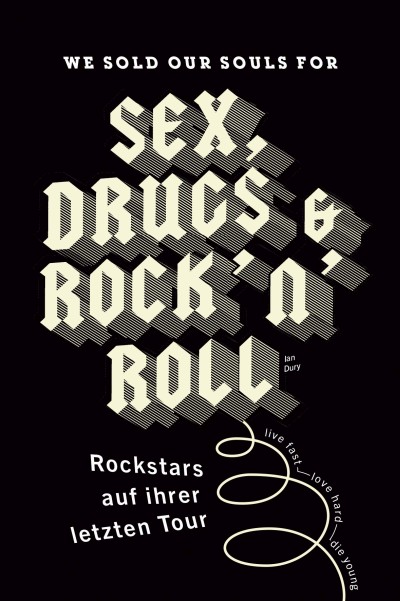 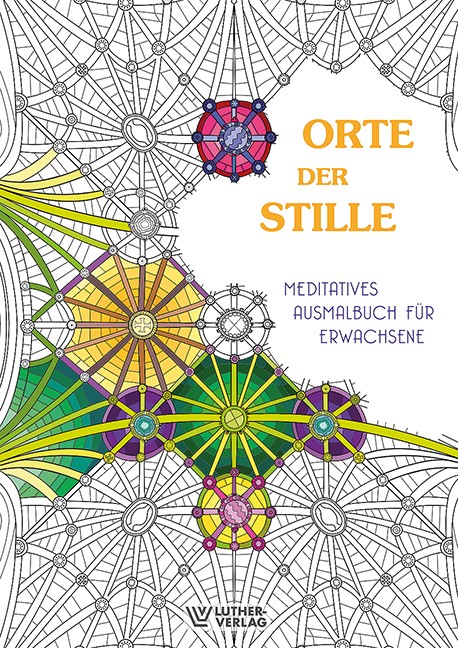 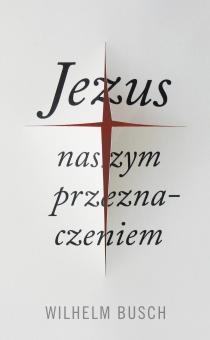 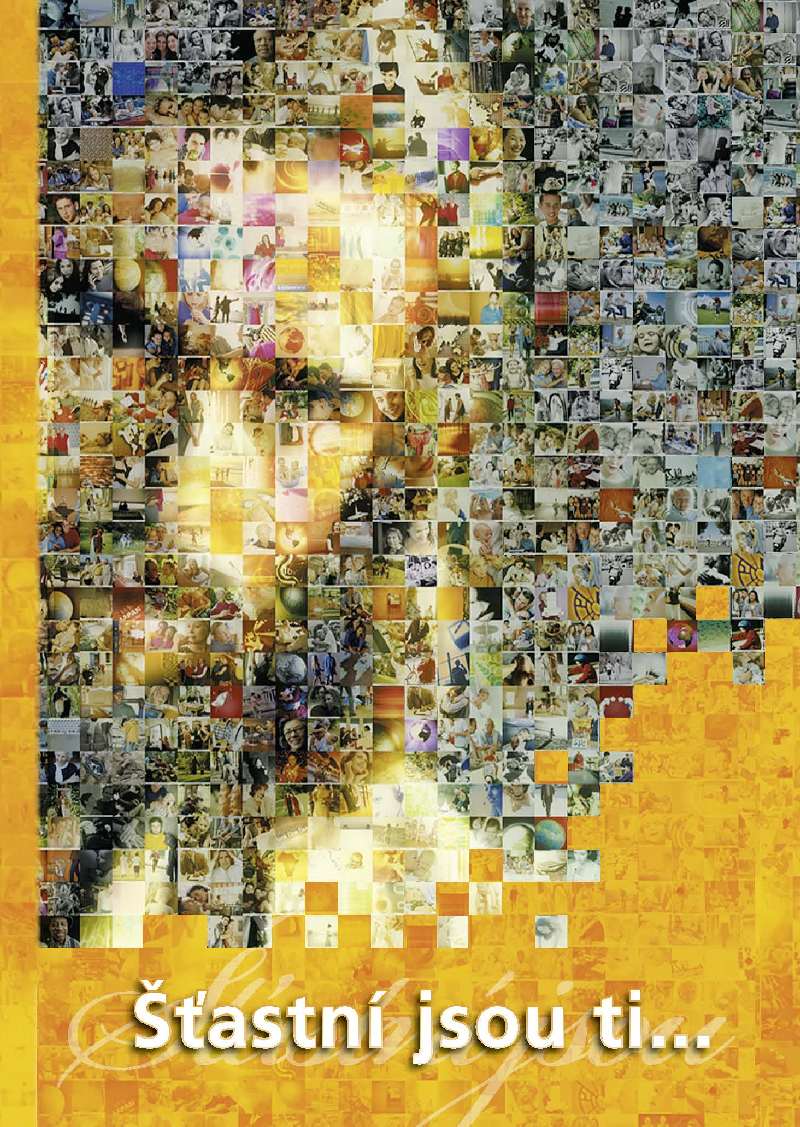 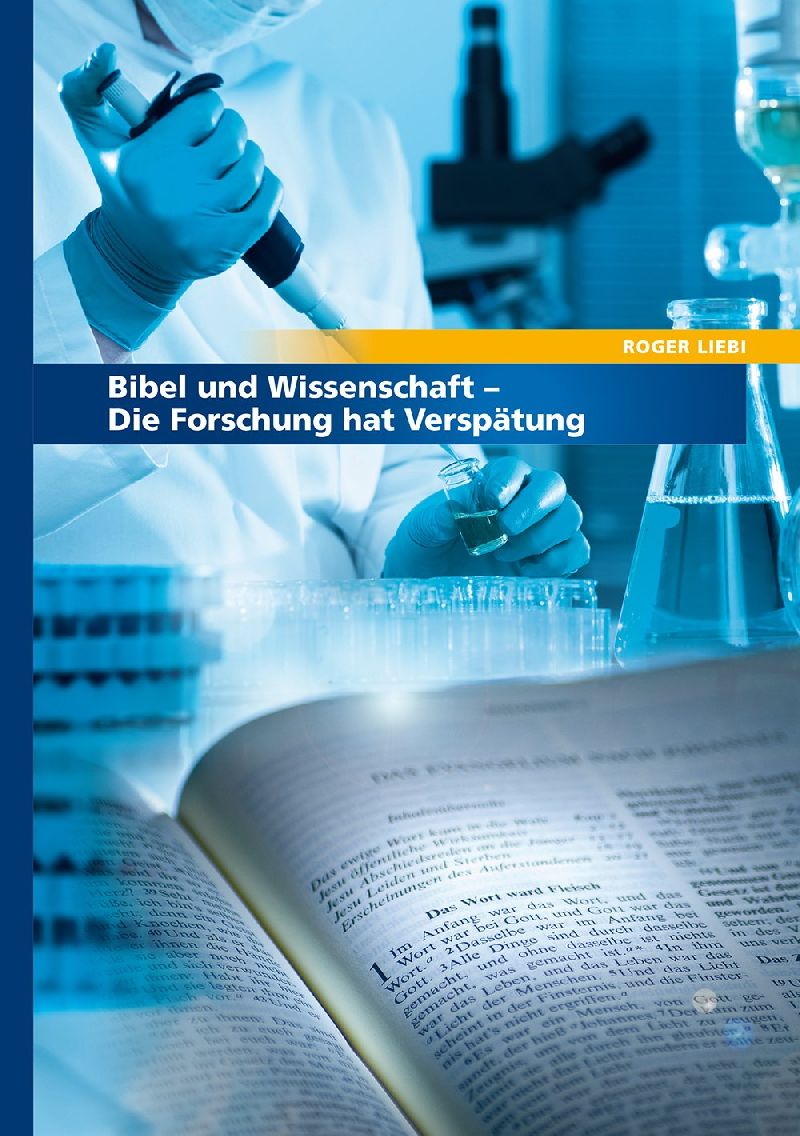 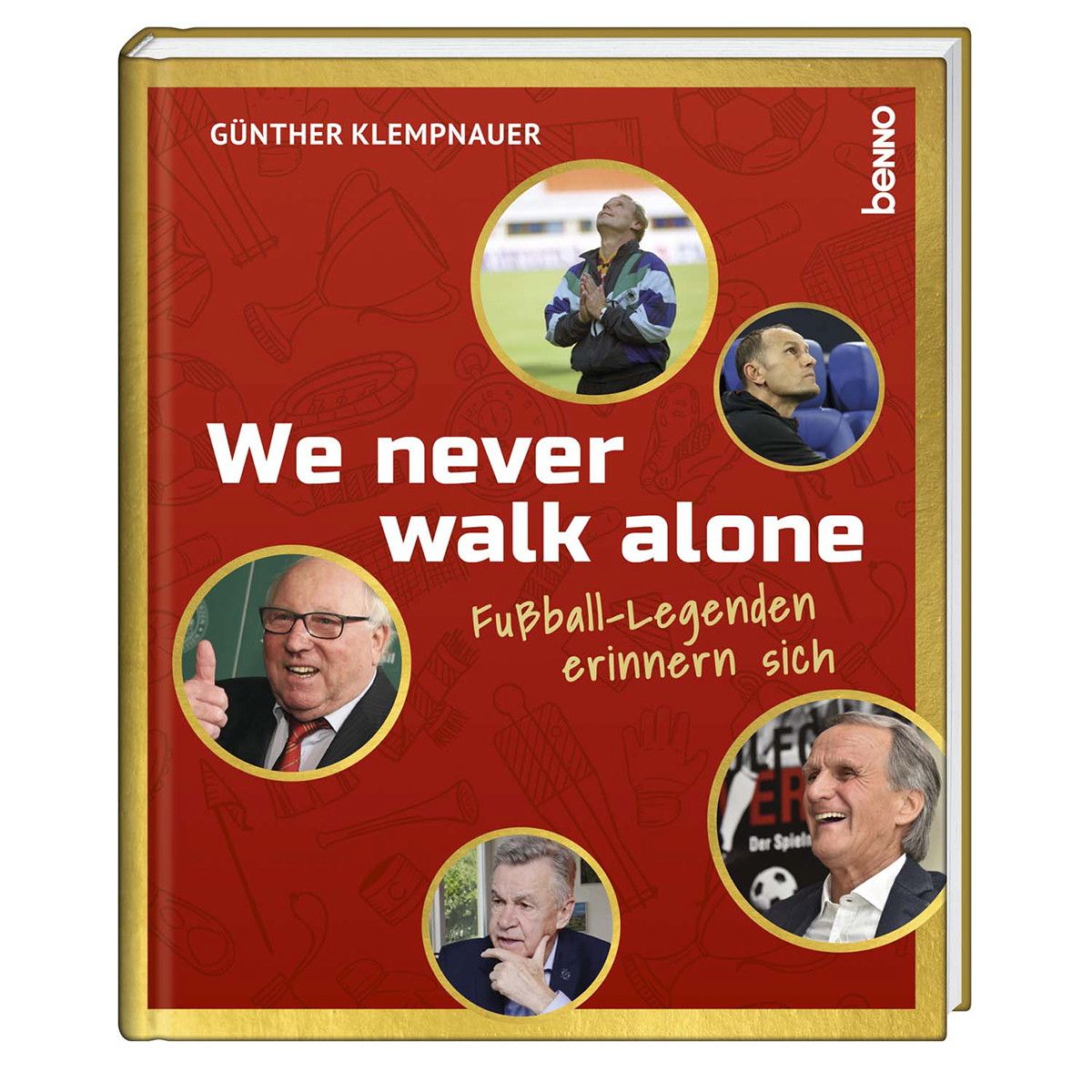 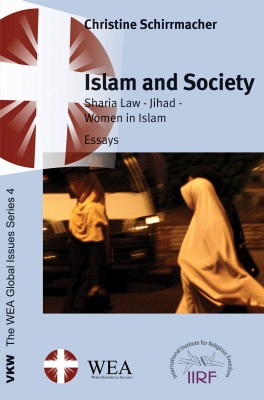 Islam und Society: Sharia Law - Jihad - Women in Islam: Essays
Autor(en): Christine Schirrmacher
The Challenge of Muslim Immigration to Europe The Challenge of Islam: Are we Equipped? Is Multi(Culti) at an End? Islam - Religion of Peace? How Muslims view Christians What is a Fatwa? Islamic "Mission" (Da'wa) Apostasy and Sharia The Significance of Islamic Tradition Women in Islam "Islam" is not just "Islam" Suicide, Martyrdom and Jihad Honor Killings and Ideas of Honor Christine Schirrmacher, born 1962 (MA in Islamic Studies 1988, Dr. phil. Islamic Studies 1991) has studied Arabic, Persian and Turkish and is presently Professor of Islamic Studies at the Department "Religious Studies and Missiology" of the "Evangelisch-Theologische Faculteit" (Protestant University) in Leuven/Belgium. She is director of the "Institut für Islamfragen" (Institute of Islamic Studies) of the German Evangelical Alliance as well as an official speaker and advisor on Islam for the World Evangelical Alliance (WEA). She lectures on Islam and security issues to authorities, is author of several books on Islam, sharia and family issues in Islam, has visited many countries of the Muslim world and is engaged in current dialogue initiatives, like the conference "Loving God and Neighbour in Word and Deed: Implications for Muslims and Christians" of the Yale Centre for Faith and Culture, Yale University, New Haven/Connecticut, in July 2008. 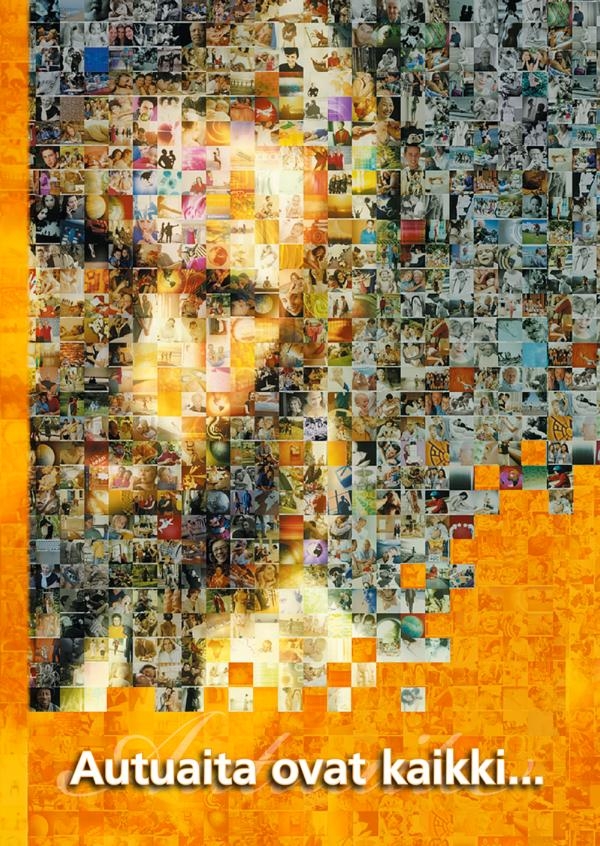 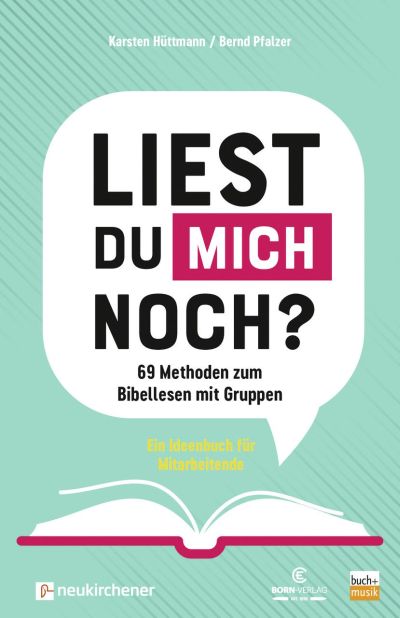 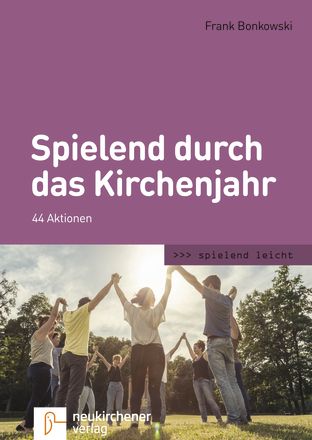