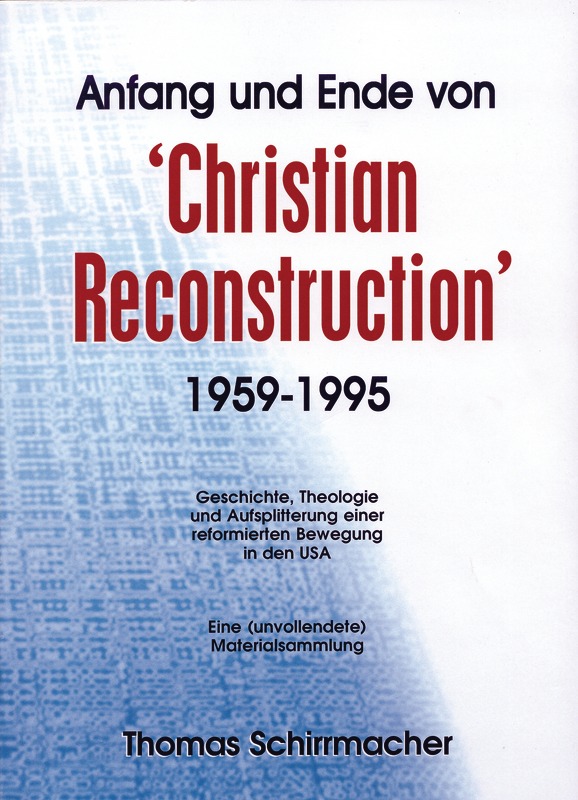 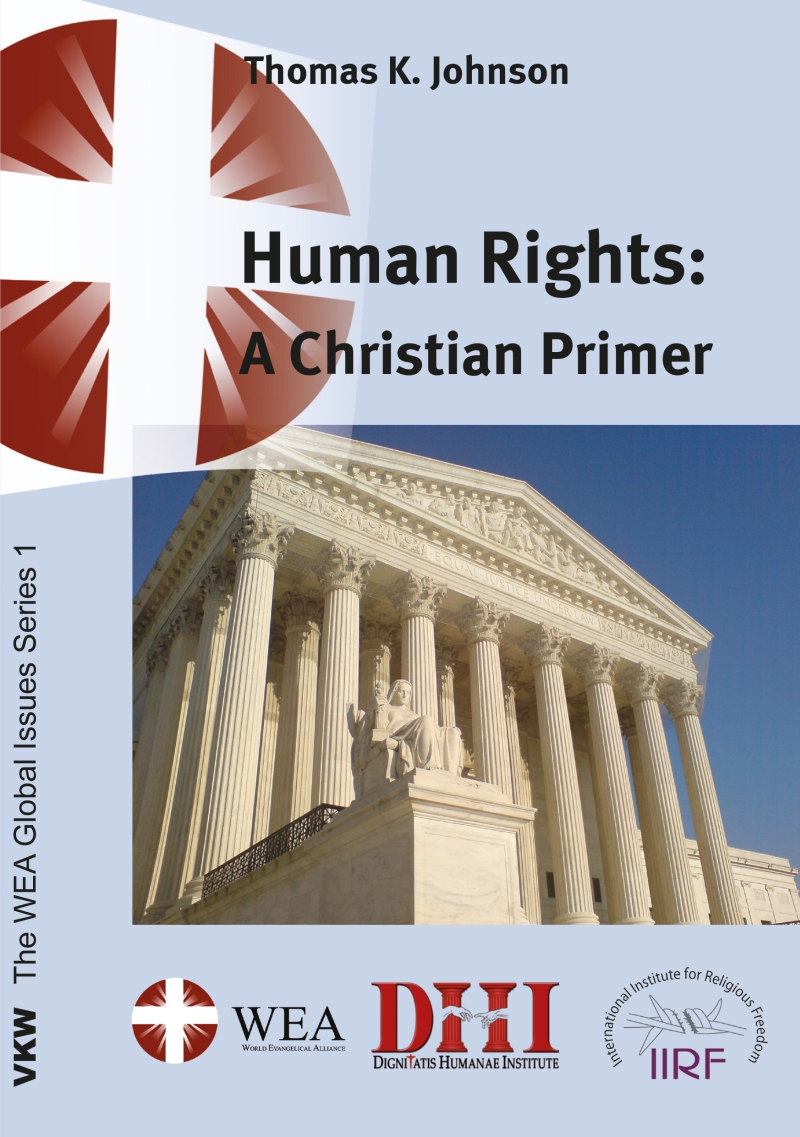 Human Rights: A Christian Primer
Autor(en): Thomas K. Johnson (Autor)
Why Talk about Human Rights? Human Rights and the Human Quest Rights, Religions, and Ideologies Human Dignity and Rights: My Christian Perspective Protecting Human Rights in Practice Thomas K. Johnson was called to become a moral philosopher by means of a shocking confrontation with evil while visiting a concentration camp as a teenager. Written after 36 years of study and reflection, this book is his mature but brief claim that we need the biblical message to understand human dignity and human fallenness. He is convinced the biblical worldview provides significant wisdom and guidance to understand human rights and their protection, far surpassing other religions and philosophies that address these questions. The book includes biblical studies and moral and philosophical analysis and ends with practical steps all should take. Johnson’s most important personal effort to protect human rights has been to serve as a visiting professor for a dissident, anti-communist university in Belarus, which was then sliding back into totalitarianism. He has served as the pastor of three evangelical churches and taught philosophy or theology in ten universities and theological schools in eight countries. He is currently Vice President for Research for Martin Bucer Seminary (Germany, Austria, Switzerland, Czech Republic, and Turkey), Adjunct Professor of Social Studies at Vilnius Pedagogical University (Lithuania), and Director of the Comenius Institute (Prague, Czech Republic). 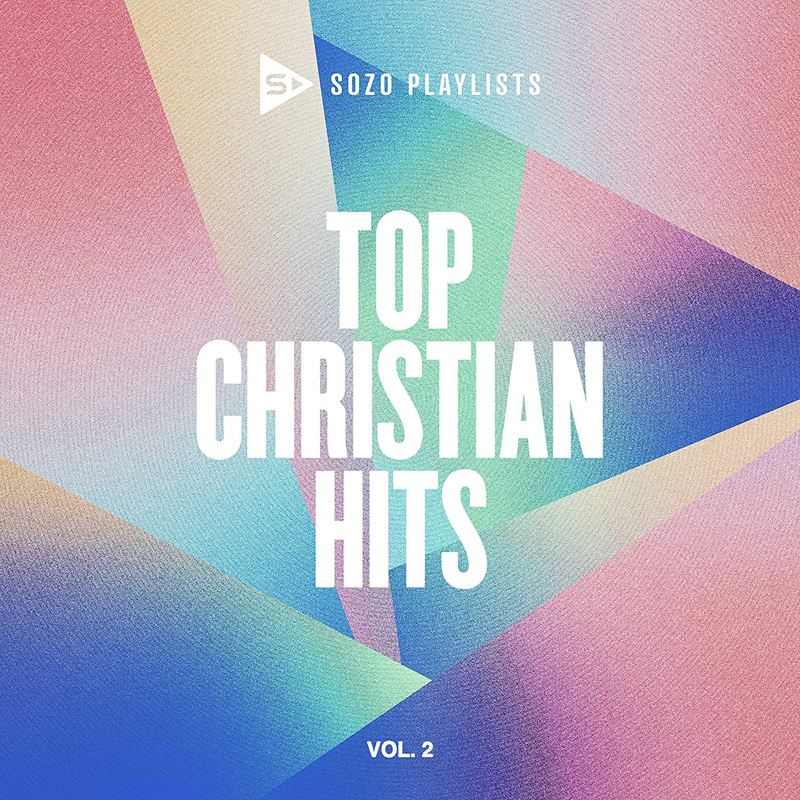 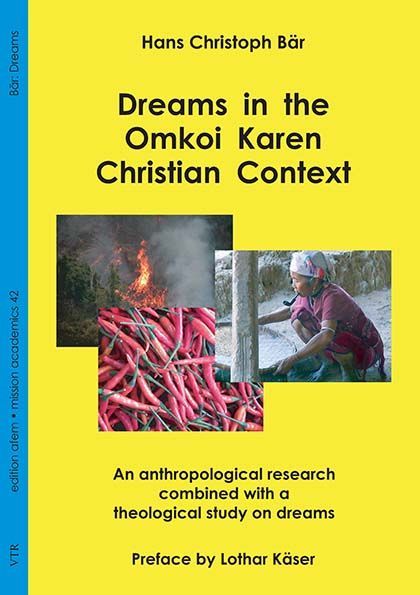 Dreams in the Omkoi Karen Christian Context
Autor(en): Hans Christoph Bär
The present volume is dealing with the subject of dreams in an animistic culture, concentrating on the Karen people from Northern Thailand. The author has been a missionary in the area for many years. As he learned their language he could make an emic approach to their culture, so that instead of looking for Western-European concepts of dreaming he started strictly from the vocabulary the Karen use in this field of their respective local knowledge. Moreover he compares the dreaming complex with those of other world religions including what the Bible has to say about it. Prof. Dr. Lothar Käser, Professor for Anthropology, Freiburg i.Br., Germany 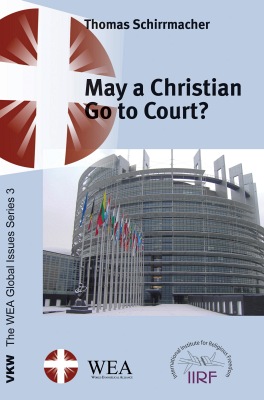 May a Christian Go to Court
Autor(en): Thomas Schirrmacher
Is Involvement in the Fight Against the Persecution of Christians Solely for the Benefit of Christians? "But with gentleness and respect": Why missions should be ruled by ethics Persecution May a Christian Go to Court? Putting Rumors to Rest Human Rights and Christian Faith There Has to Be a Social Ethic Thomas Schirrmacher (*1960) is professor of ethics and of world missions, as well as professor of the sociology of religion and of international development in Germany, Romania, Turkey and India, and is president of Martin Bucer Theological Seminary with 11 small campuses in Europe (including Turkey). As an international human rights expert he is board member of the International Society for Human Rights, spokesman for human rights of the World Evangelical Alliance and director of the International Institute for Religious Freedom (Bonn, Cape Town, Colombo). He is also president of Gebende Hände gGmbH (Giving Hands), an internationally active relief organization. He has authored and edited 74 books, which have been translated into 14 languages. He earned four doctorates in Theology (Dr. theol., 1985, Netherlands), in Cultural Anthropology (PhD, 1989, USA), in Ethics (ThD, 1996, USA), and in Sociology of Religions (Dr. phil., 2007, Germany) and received two honorary doctorates in Theology (DD, 1997, USA) and International Development (DD, 2006, India). Thomas is married to Christine, a professor of Islamic Studies, and father of a boy and a girl. 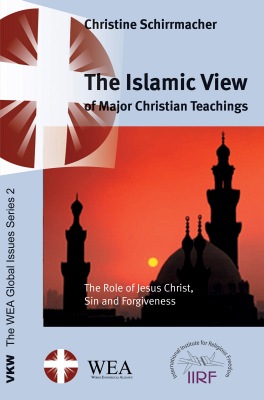 The Islamic View of Major Christian Teachings
Autor(en): Christine Schirrmacher
This book from a renowned scholar of Islamic studies deals with the Islamic view on Christian teachings of Jesus Christ, such as sin, faith, and forgiveness, in a very detailed fashion, and is particularly suitable for missionaries who are actively involved in the Islamic world. 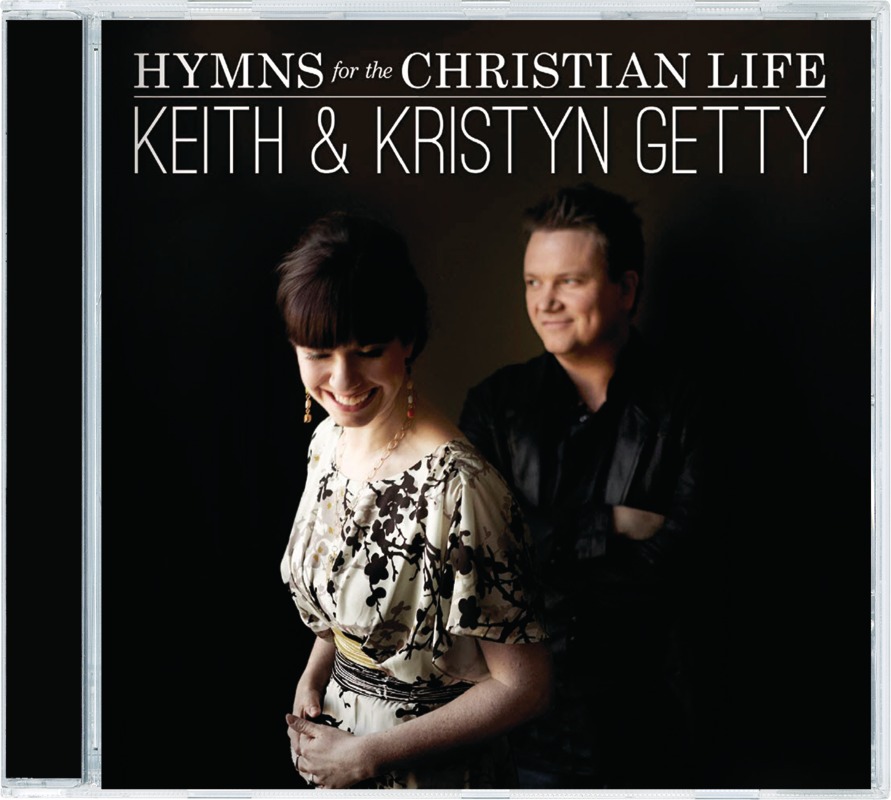 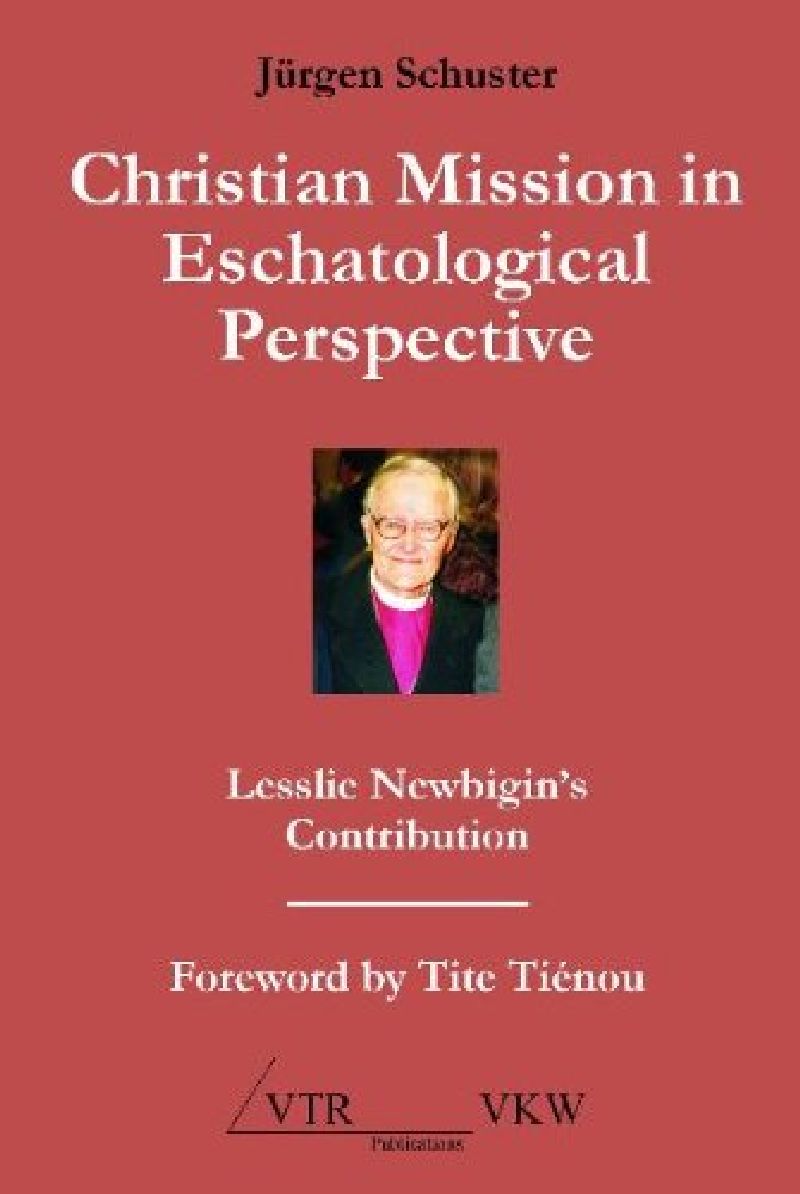 Christian Mission in Eschatological Perspektive
Autor(en): Jürgen Schuster
This book examines the implications of Newbigin's understanding of the Kingdom of God for his theology of mission. Newbigin's theological thinking is based on an eschatologically oriented historical understanding of revelation. The gospel tells God's story with his world. In Christ the reign of God has been revealed on earth, yet its final consummation is still to come. Five areas are explored which are affected by this eschatological framework: (1) It provides the reference point for an integrative understanding of mission as witness in both word and deed. (2) The historical character of the revelation makes the gospel part of public truth in contrast to private truth. The gospel is neither a religious way for private salvation nor the establishment of a world immanent theocracy. (3) The church does not constitute the kingdom but is called to be "firstfruits, instrument, and sign" of God's reign. (4) The verification of the truth the church witnesses to occurs only at the end of time. (5) In the meantime the credibility of the biblical tradition can only be advocated provisionally and witnessed to in the religiously pluralistic context the church finds itself in. 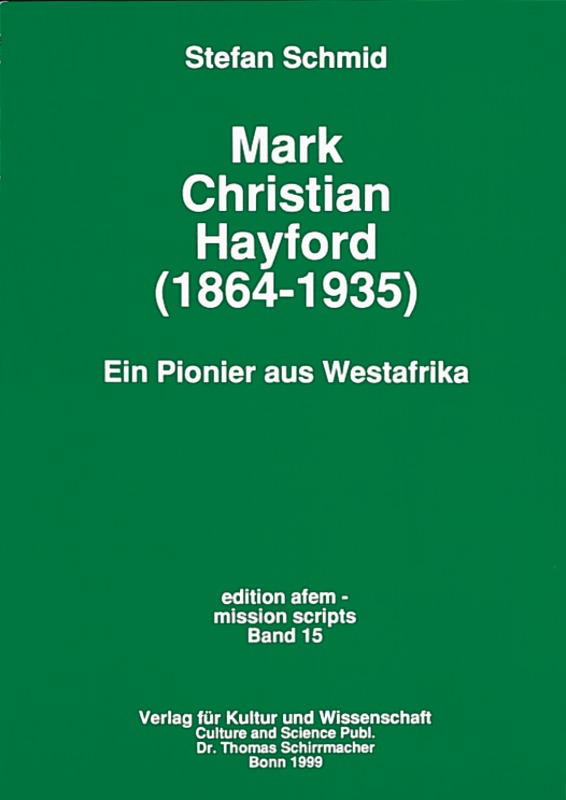 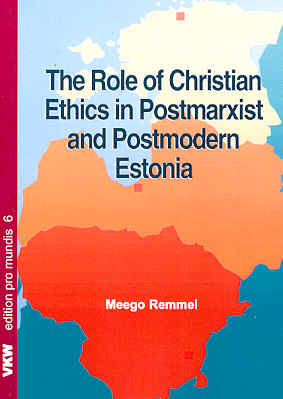 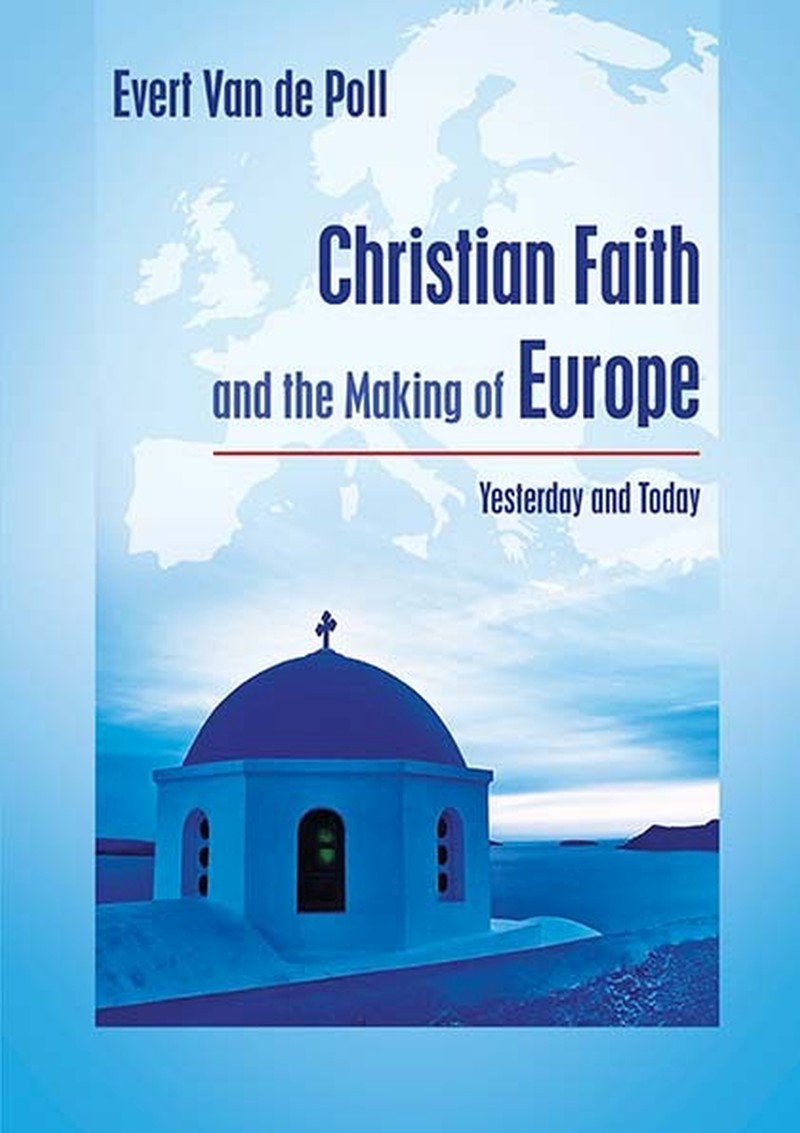 Christian Faith and the Making of Europe
Autor(en): Evert Van de Poll
Most Europeans do not realise to what extent the world in which they live is shaped by the Bible and Christianity. This book looks at the origins of hospitals, universities, music, social welfare, human rights, the religiously neutral state, liberal democracy, humanism, modern science, and many more. The Christian faith created a common cultural space for the peoples of Europe but also determined national identities. It inspired the founders of the European integration after World War II, and it was a decisive factor in the overthrow of communism some thirty years ago. The author honestly looks at the dark pages written by churches in the past: their connection with state violence, colonialism, intolerance, capitalism, slavery, and especially antisemitism. However, its severest critics in these areas were Christians, taking their inspiration from the Gospel! Paradoxically, Europe is deeply marked by the Christian faith and at the same time by its abandonment. The author describes the rise of secular Europe: the decline of religion, the cultural dechristianisation, the rise of secular ideologies and lifestyles. He then looks at today's society, at secular, religious and demographic trends, post-secular trends in the public and political spheres, and the statistical state of Christianity in different parts of Europe. Special attention is given to committed, nominal and cultural forms of Christianity, and to typical barriers and bridges for the Gospel among seculars and postmoderns. As the author unveils the past and unravels the present, he gives hope: the message to which we owe so much is still 'good news' for Europeans today. 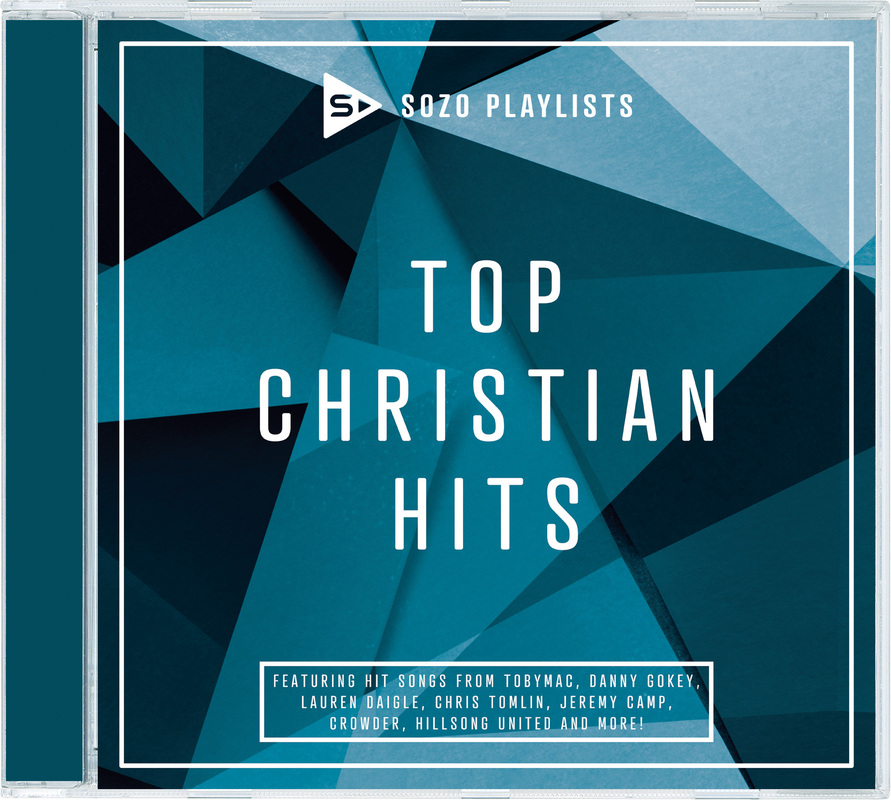 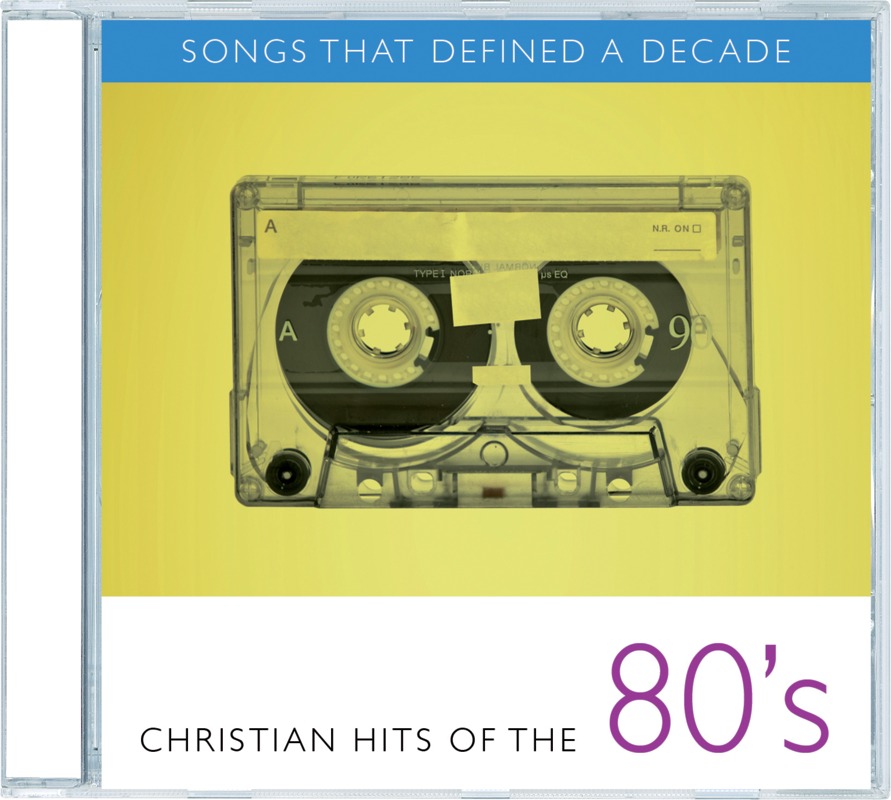 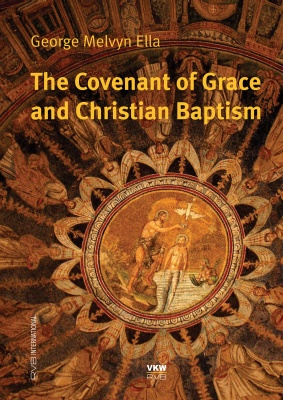 The Convenant of Grace and Christian Baptism
Autor(en): George M. Ella
Baptist denominations have become world leaders in proselytising and many Christians have ceased to question Baptist dogmas in view of their obvious zeal. Yet modern Baptists show little pan-Biblical knowledge regarding their central initiation ceremony. This work demonstrates the great Biblical doctrines expressed in New Testament baptism. It is also a refutation of the Baptist position based almost entirely on a selective use of pagan Greek. Baptists fail to see that Biblical vocabulary concerning baptism bears a specifically Christian meaning not found in other ancient literature. New Testament Greek words used for baptism must be studied primarily in conjunction with their Biblical roots in Hebrew and Greek OT usage. Baptism here does not refer to a ‘bath of submergence’ as Baptists claim, but is a sign of cleansing where the mode is secondary. Indeed, though words to do with sprinkling, pouring, washing and dressing are used of Old Testament cleansing and New Testament baptism, words meaning to immerse, to sink or to submerge are nowhere found. Baptist secular linguistic claims are therefore groundless. New Testament baptism is a continuing sign of the Abrahamic Covenant of Grace pointing to the righteousness which is by faith. It is for believers and their seed as taught in both Testaments. This so embarrasses Baptists that they deny the New Testament norm of household and family baptisms and that believers’ children are under covenantal promises. This book analyses the major occurrences of words to do with baptism in the Greek and Hebrew Biblical texts in the light of the Covenant of Grace and the promises to believers and their family dependents. Baptist claims that the Early Church only knew immersion and adult believer’s baptism are refuted on written and archaeological evidence. From the third century onwards, immersion and adult baptism only were indeed practised superstitiously by some enthusiasts because of the idea that immersion washed away all sin. These candidates postponed their baptisms until after they had sown their wild oats, fearing that post-baptismal sins were beyond repentance. Such are the Baptists’ historical roots. Dr. George M. Ella, (b.1939) is a historian, theologian and linguist who holds degrees from London, Hull, Uppsala, Essen and Duisburg Universities. Though a Yorkshireman he has lived forty-seven years on the European Continent where he has served in pastoral, secondary school and university work. He has written definitive biographies on William Cowper, William Huntington, James Hervey, John Gill, Augustus Montague Toplady and Henry Bullinger besides publishing shorter works on some seventy Christian leaders. He has also produced theological works on Justification, Common Grace, the Free Offer and the teaching of Andrew Fuller. He has chaired university examining boards at Duisburg University and written curricula for Business Colleges in North-Rhine Westphalia, also producing study material for the Martin Bucer Seminary, Bonn. He is a regular contributor to a number of Christian magazines. The author has spent many years in fellowship with Reformed Baptist Christians and written most approvingly on many of their heroes such as James P. Boyce and William Carey. He has also traced the history of Baptist missions to the American Indians in his Isaac McCoy: Apostle of the Western Trail. However, Dr. Ella has learnt to challenge the Baptists’ sacramental views on baptism in favour of the more Biblical position outlined in this work. 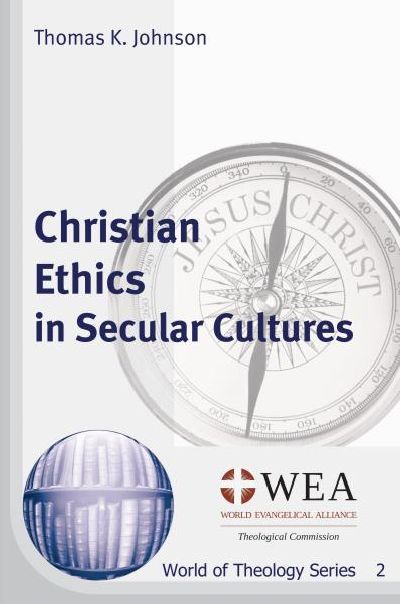 Christian Ethics in Secular Cultures
Autor(en): Thomas K. Johnson
"A central question in Christian ethics is the relationship between the moral prin- ciples we should follow within the Christian community and the ethics followed in the secular societies in which we live. Our dilemma is that we have received a revelation of God’s moral will in the Bible and in creation which must shape the identity of believers over against unbelieving cultures, while our neighbors follow the ethics of other worldviews which concern us deeply. Remember the Holocaust, where the ethics of a secular ideology wreaked destruction in an entire society. How should we, as Christians whom God has called to a distinct identity, participate in the moral considerations that will shape our cultures and communicate some of our convictions in a way that brings moral light into our worlds? Johnson offers the insight gained by 20 years of teaching ethics in secular universities in Europe and North America. First he addresses questions of sex, marriage, and family; then questions of work and economics; and finally theological and philosophical foundations. 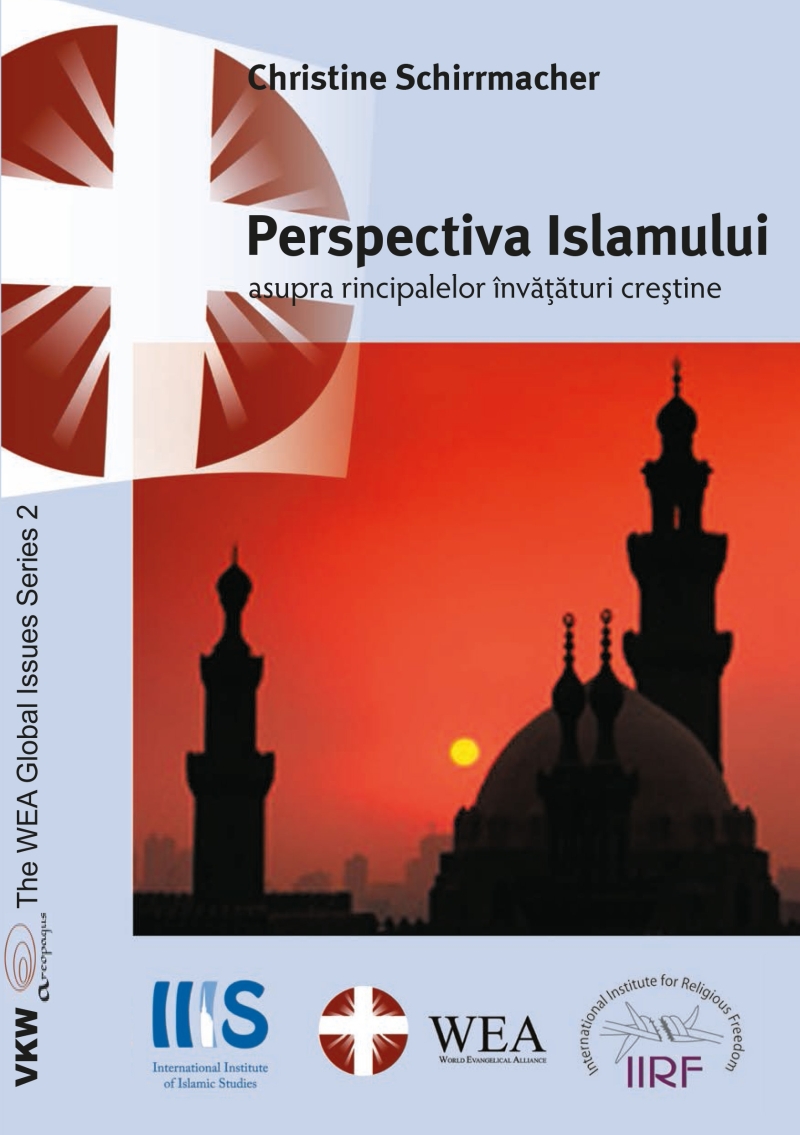 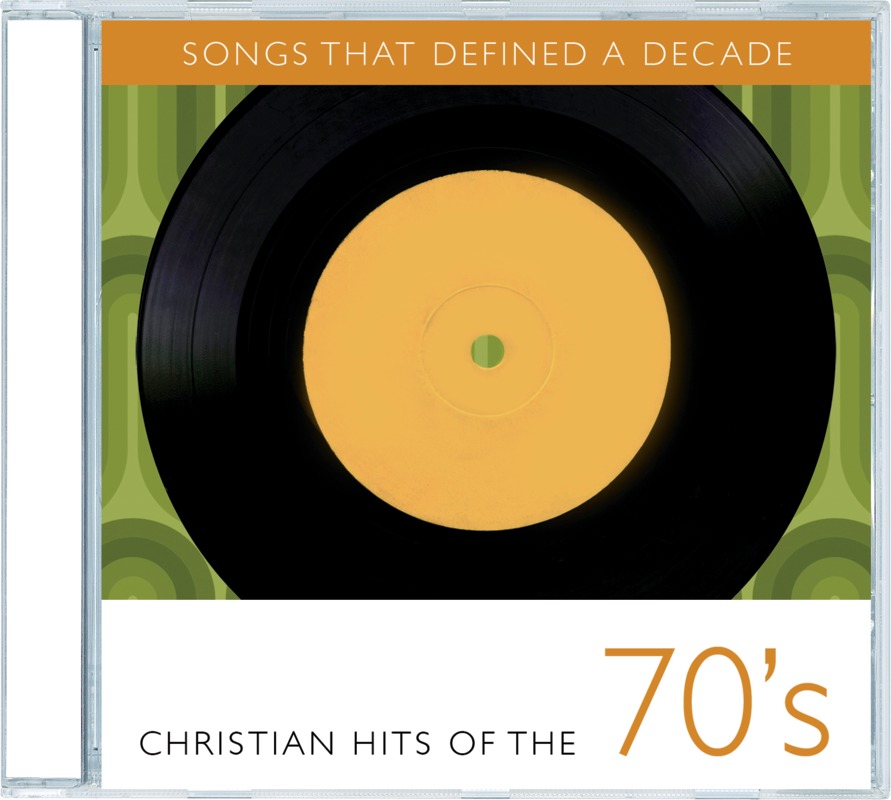 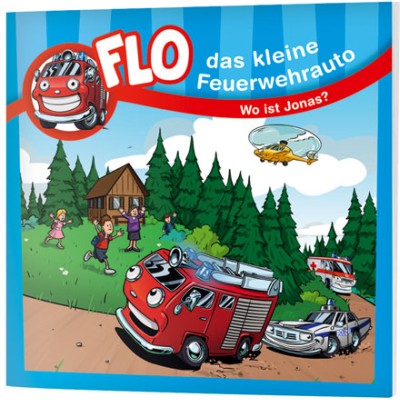 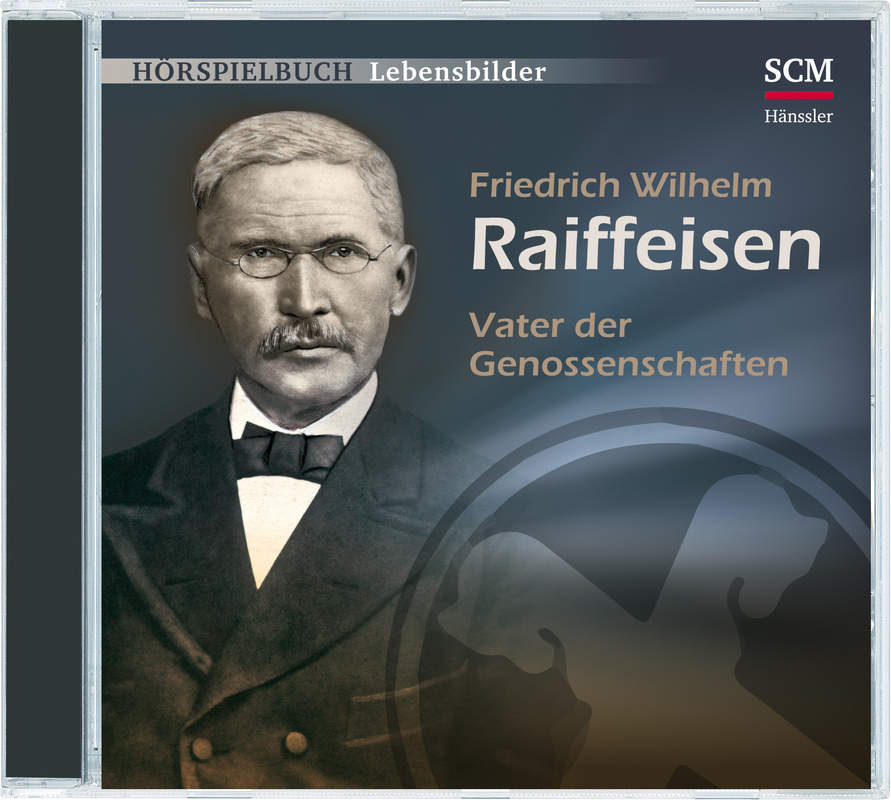 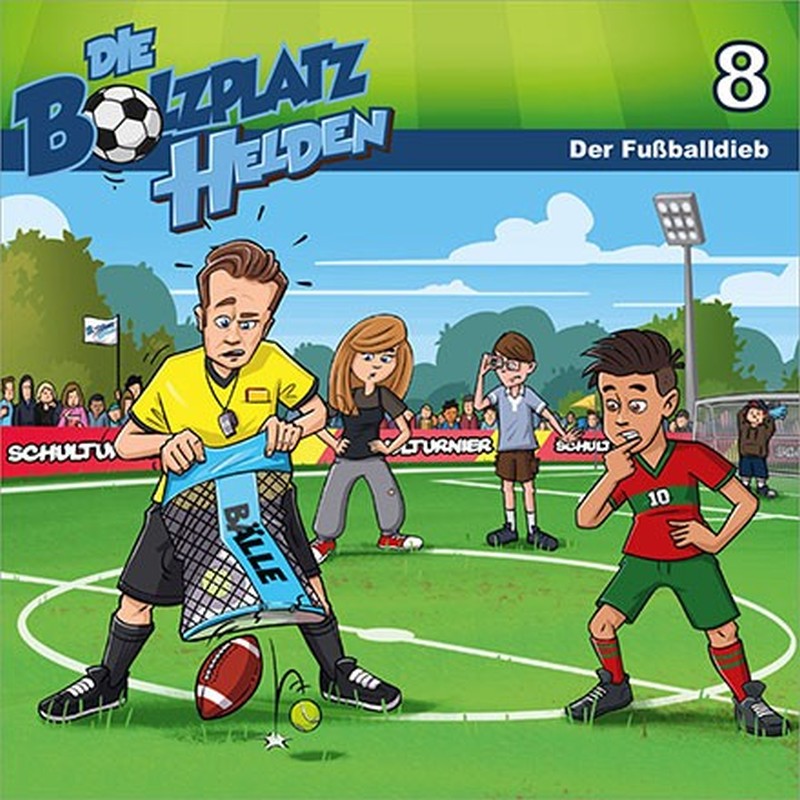 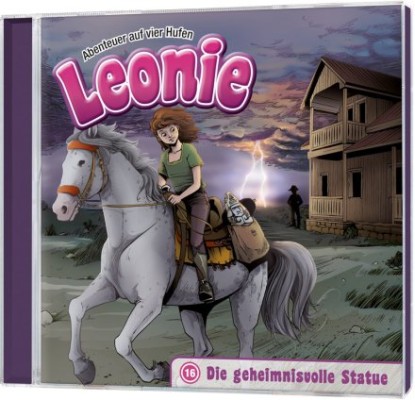 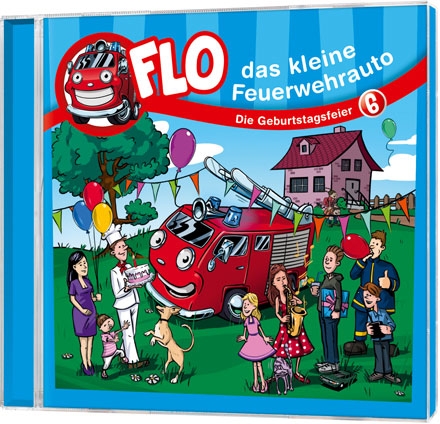 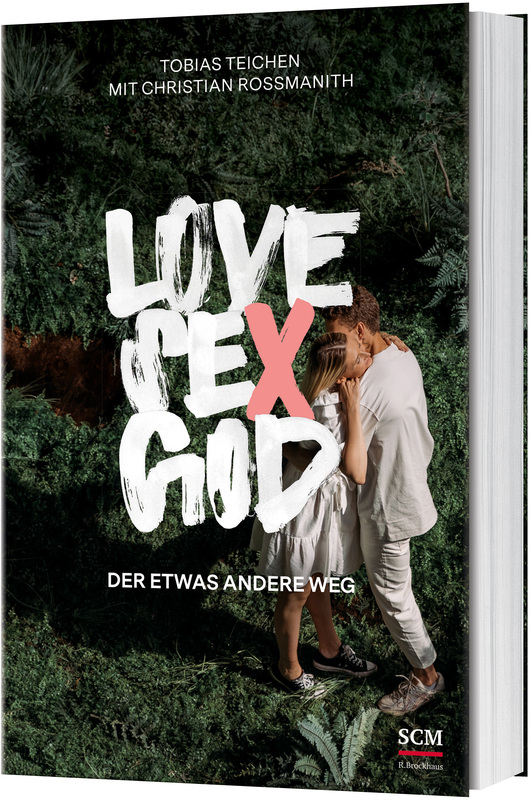 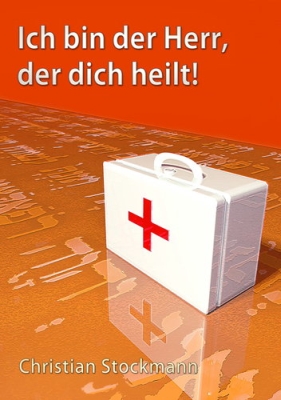