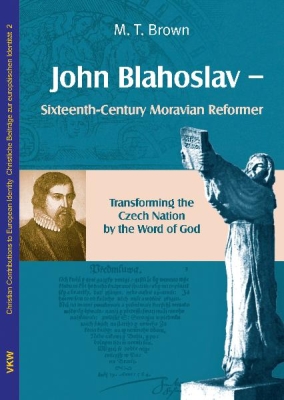 Transforming the Czech Nation by the Word of God.

M. T. Brown’s text on John Blahoslav is designed as an instructive book for the religiously enlightened and receptive reader. It is not meant to be a biography. However, it does show a mosaic of life’s journey, as a secondary plan, while presenting the main pillars of his work. It sketches and progressively defines the fundamental traits of Blahoslav’s personality from the perspective of his translation, linguistic, rhetorical, and musical abilities, and above all from his religious convictions. The justification for these noble claims about Blahoslav’s work is shown through extensive citations. The account demonstrates a trustworthy knowledge of the original editions of the works introduced as well as key secondary literature. With careful reading, it is possible to understand the reasons for the author’s deep admiration of the subject of the monograph. At the same time, the text’s structure enables one to read individual chapters and shorter sections independently, to contemplate them, and yet not lose the connecting thoughts. New arguments in different variations, like a spiral, are presented to support the author’s conviction that Blahoslav’s work of translating the Scriptures into the Czech language was part of God’s design for Blahoslav.
RNDr. Jan Králík, CSc.,
Czech Language Institute, Czech Academy of Sciences

M. T. Brown, MA, PhD. was born in Oregon, USA. Married, with three children, he has lived in the Czech Republic since 1989. He co-founded the Czech Society of Evangelical Theologians. He teaches Theology and other subjects for the Czech Evangelical Theological Seminary in Prague and for Martin Bucer European School of Theology. He is an ordained pastor.